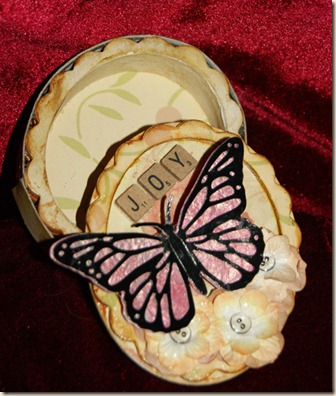 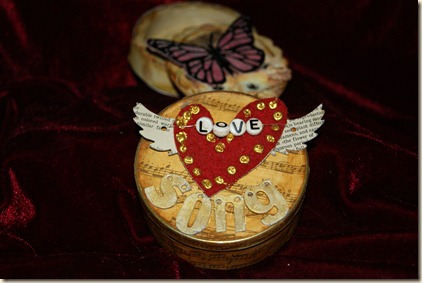 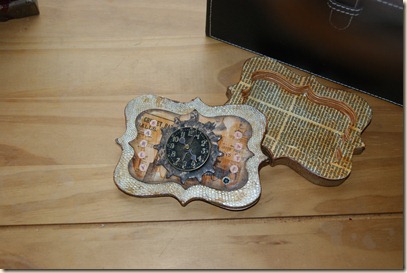 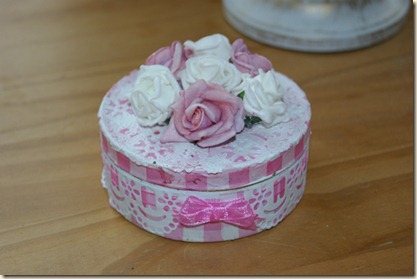 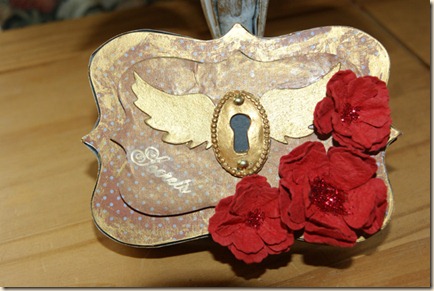 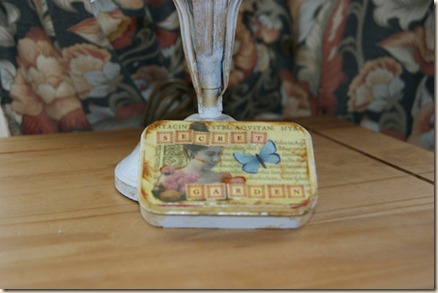 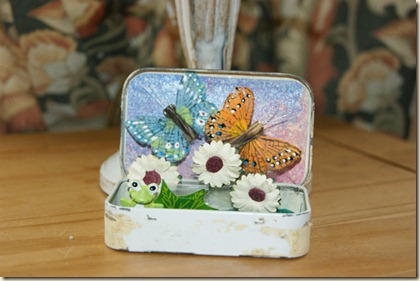 Posted by Keren Howell at 21:09 No comments: 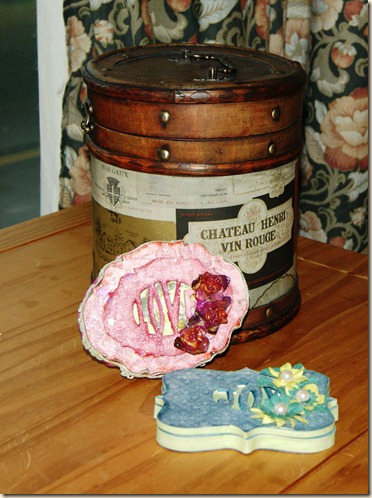 This month’s Craft Stamper inspired me to re-create my own version of Kim Costello’s pin box.  I didn’t have the same Sizzix die that was used in the original, and I didn’t have any foam board either, so I improvised.  I used the Tim Holtz Alterations Movers and Shapers Baroque shape dies and made my box out of corrugated cardboard from a packing box and mountboard. 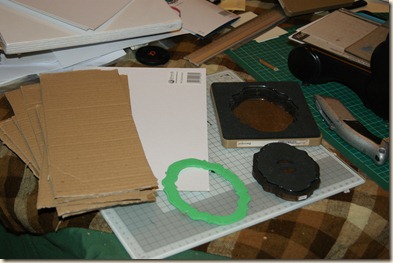 Top tip – I created my own ejection foam from a couple of layers of funky foam, as without it I had the dog’s job of getting the die cuts out of the die!  They also helped me space the dies consistently when I needed to cut more layers.  I cut about five or six layers and stacked them up until I got the depth of box I liked.  I also cut a frame shape out of  the mount board (twice) to give some strength to the edges of the box lid and base and also in the patterned paper.  Last of all I cut the large shape (without the inner) in mount board and Patterned paper, twice each, for the bottom of the box and the lid/ 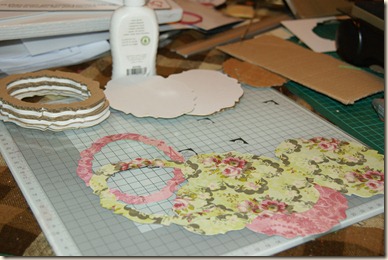 When it was all cut out and glued together,  I covered it with K & Co paper but wasn’t really happy with the result.  SO – I took one of the shapes that had been cut out of the mount board frames and K&Co paper  (the inner bit) and used another Alterations die to cut the word “Love” into it, stuck the whole thing together and covered it with Distress Crackle paint.  It still needed something, so I dipped some paper roses that I had in my stash into UTEE.  Ideally, I’d have layered up my own roses and dipped each layer before I put them together as the result is so much better but by then I was anxious to finish,  A bit of lace and velvet ribbon around the edge and the job was done! 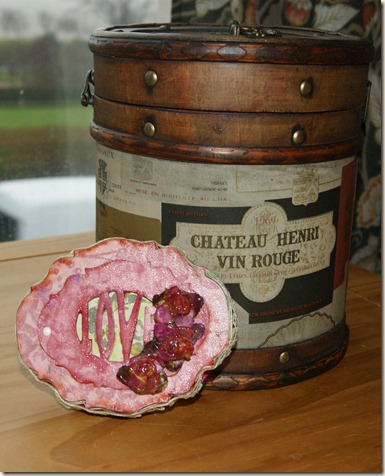 These things are addictive!  Next one I made I used foam board and needed fewer layers. 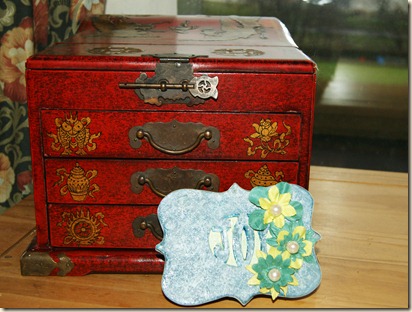 Prima flowers on this one, with Rock Candy Distress Stickles.  Now what’s next?…. 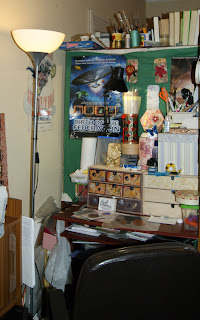 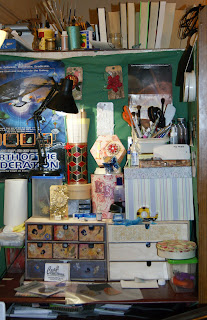 I admit it, craft stash has taken over my home. I have Really Useful Boxes full of stuff lining the walls in the back corridor; to non-crafters it must look terribly eccentric. You can barely move around our bedroom. But, in my defence, I am not alone in cluttering up the house – David also has hobbies (and refuses to let me throw out his collection on back issues of the Fortean Times.) Anyway, for Christmas I bought him a Kinect controller for his Xbox (which is like science fiction, you wave at it to control your Xbox – we are now officially living in the future!) So when he tried it out we found it didn’t have enough room in the bedroom for best operation. OK, I said, we’ll move it into the living room and move the old desktop PC into the bedroom (hardly ever use it these days) and I’ll move my craft work desk into the space where the PC was and we’ll get a new desk for your Xbox… I nearly killed myself putting the new desk together (mostly on my own – he was in work the day it was delivered and I didn’t want to spend all weekend stepping over the flat pack box!) but afterwards had loads of fun reorganising everything in my new “Crafting nook”. I still have stuff all over the flat but the stuff I use regularly is now is easy reach and my living room, at least, can be tidied quickly if visitors are expected!
Posted by Keren Howell at 15:06 No comments: