Oh dear, just when I think I've got caught up,  stuff happens and I fall behind again.  This time the Love Of My Life has been asking, very loudly, when exactly I was going to finish the costume he wants to wear to Comicon in July, so I had to put some work in ( although, now it's almost finished, I have to say it is looking GOOD!  Not saying what he's going as, but will post pics on here after the event!) .   Then there was the aftermath of our dance exam ( our first ever - Cha Cha Cha in case you're interested, and it went OK) - I didn't realised until afterwards just how nervous I was!  So anyway, no more excuses, let's get back on track with my project for Linda Ledbetter's   challenge, based on Tim Holtz's Compendium of Curiosities volume 3.  This time we are playing  with  Distress Glitter. and I've used the Globe Alterations die. 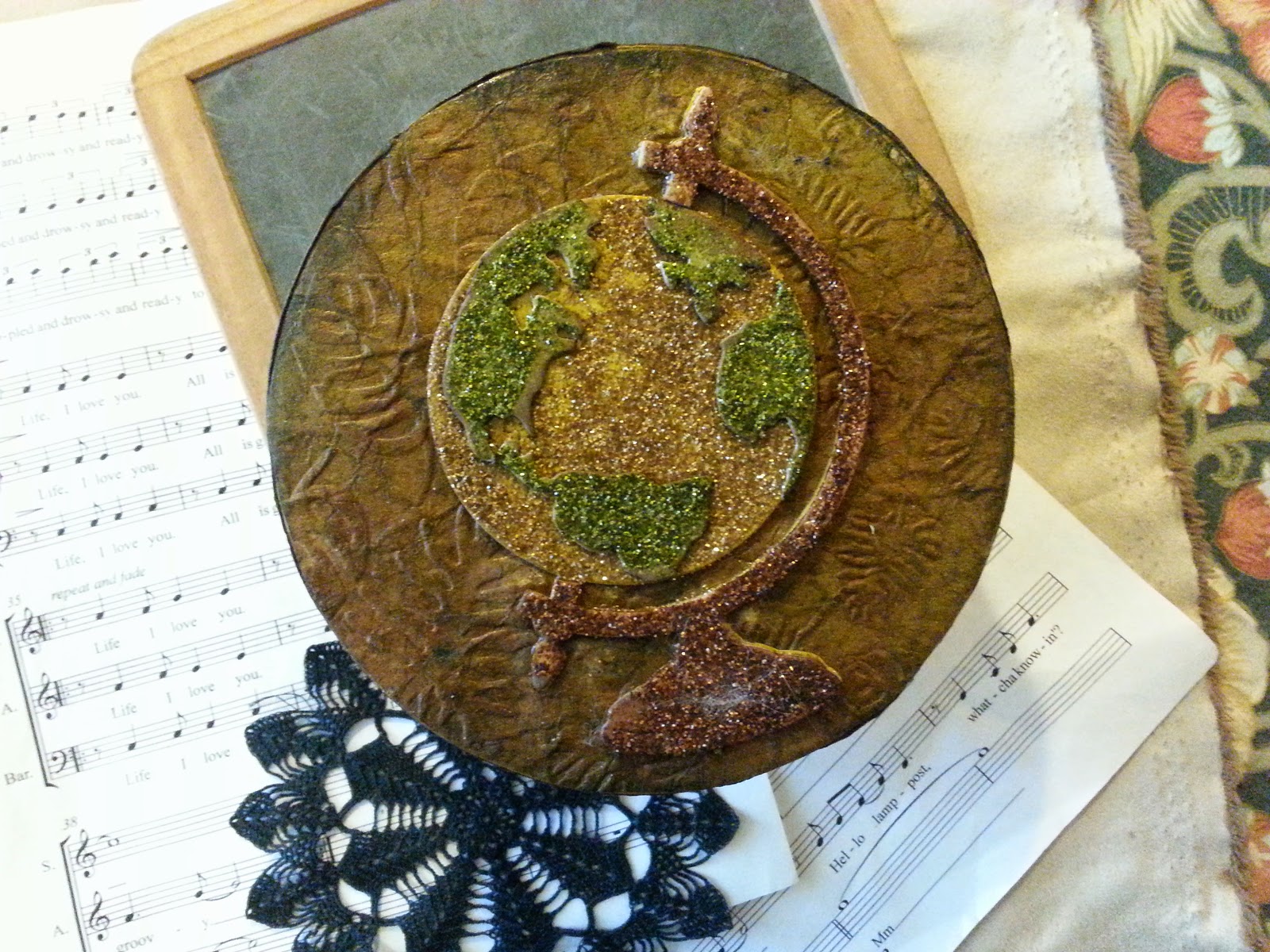 Apart from the technique as explained in Tim's book (which you'll just have to get hold of if you want to know How It Was Done)  I used Sheena Douglass's Faux Leather technique on the lid of this box, embossed with one of her embossing folders.  If you haven't come across the Faux leather technique, I recommend taking a look at the tutorial.

Love the glittery globe! So cool! Thank you so much for playing along with us on the glittery challenge at CC3Challenge!!!

Gorgeous glittery grunge! Fabulous use of the distress glitter!!! Thank you for playing along in the cc3c!!!