I bought some Pebeo Fantasy paints from Create and Craft, with no idea how to use them - if they were demo'd it happened when I was in work and I missed it.  I no way daunted, I did a bit of research on the internet and came across this technique - here's my version!

Begin with the blank pendant - mine came from that well-known auction site.  I've foiled the back of these (just to see what the effect would be) 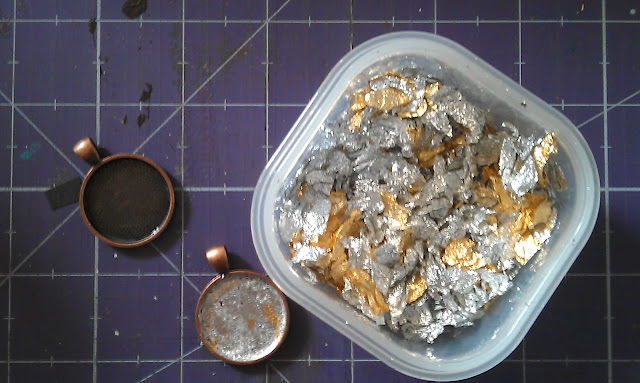 Add some solvent based glass paint - I used a pipette (this is Rainbow Glass because it's what I have handy, Pebeo Vitrail is very good also).  I started with some clear to dilute the colours a bit as they are very concentrated.  This time I've used green and blue. 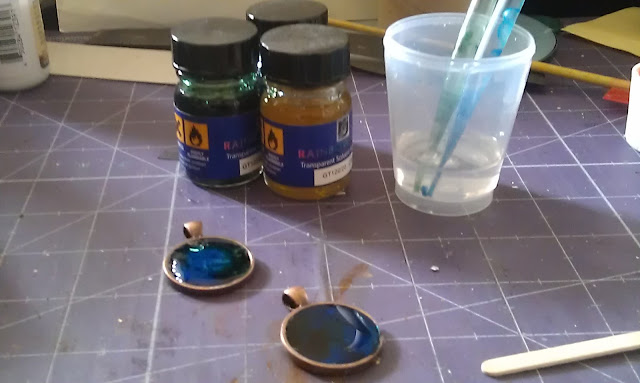 The effect so far - you can see how the foil catches the light and reflects it through the transparent paint. 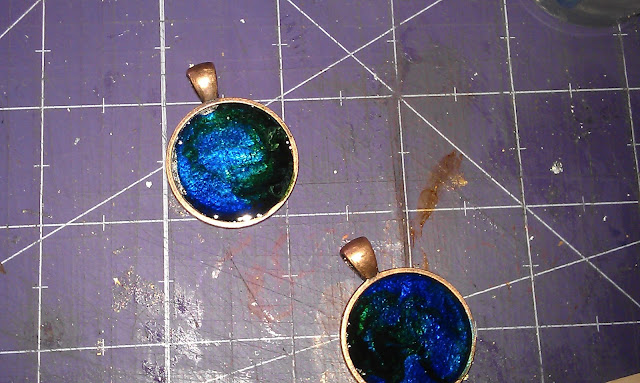 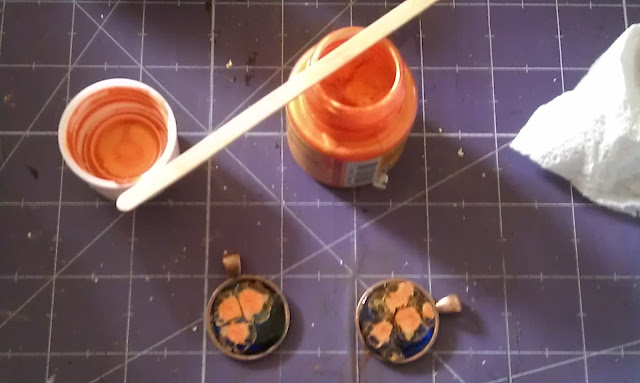 I moved the colours a tiny bit with a cocktail stick and then left the blanks to set.  I made sure that I left them with the bails hanging over the edge of the table so that the backs were flat to the table and level. 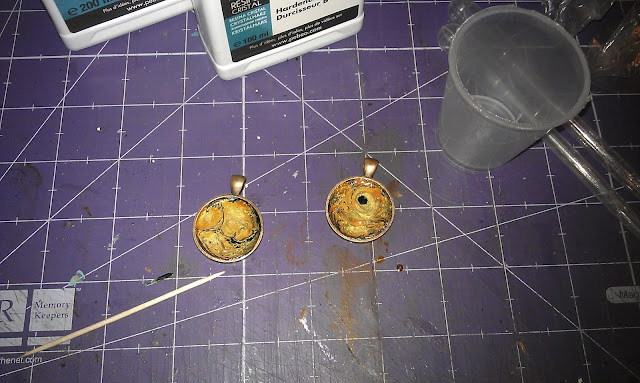 After a day's setting time, this is what I had - as you can see, the Fantasy paint has spread out a lot.  I could probably have used much less of the fantasy paint!  As it dries the glass paint flattens out.  To protect it and add a crystal effect, I mixed up some Gedeo crystal resin.  I like this one as it doesn't smell!  It takes a day to set so again, I put the pendants aside, making sure they were level by putting them at the edge of the table with the bails hanging over the edge (and putting them out of the cat's way as I didn't want bits of Persian cat fur in them! 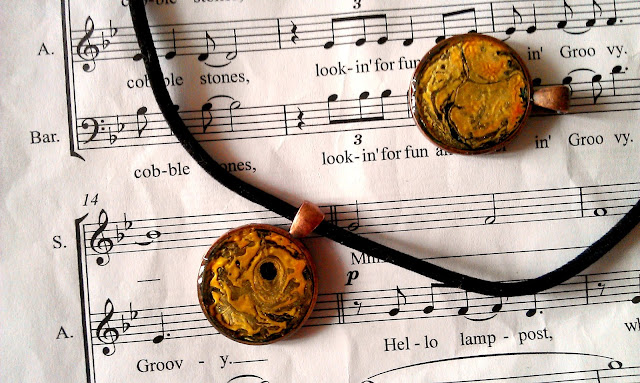 The finished item!   I've suspended one of the pendants from some black velvet tubing and made it into a necklace and I think it looks pretty good, even though I do say so myself.

Oh boy Keren! Love what you've done here. Such a clever mix of colours as it's created some very expensive looking effects. You will get lots of admiring glances with these. Hugs, Jenny x

It looks more than pretty good Keren, it looks amazing - how unique too. Great technique and well worth a try! Hugs, Anne x