Backwards and in high heels!

My turn to contribute a project to the LOC Blogiversary celebrations, and I've chosen a digi from Ike’s Art.

This is one of a series of real killer heel shoes – my feet ache just looking at them, but my word, aren't they pretty?  And what else should you do with a shoe but make a shoebox ?  The sentiment is one I made myself with my Imagepac, the quote is credited to Bob Thaves, about Fred  Astaire – “Sure he was great, but don't forget Ginger Rogers did everything he did backwards...and in high heels!” 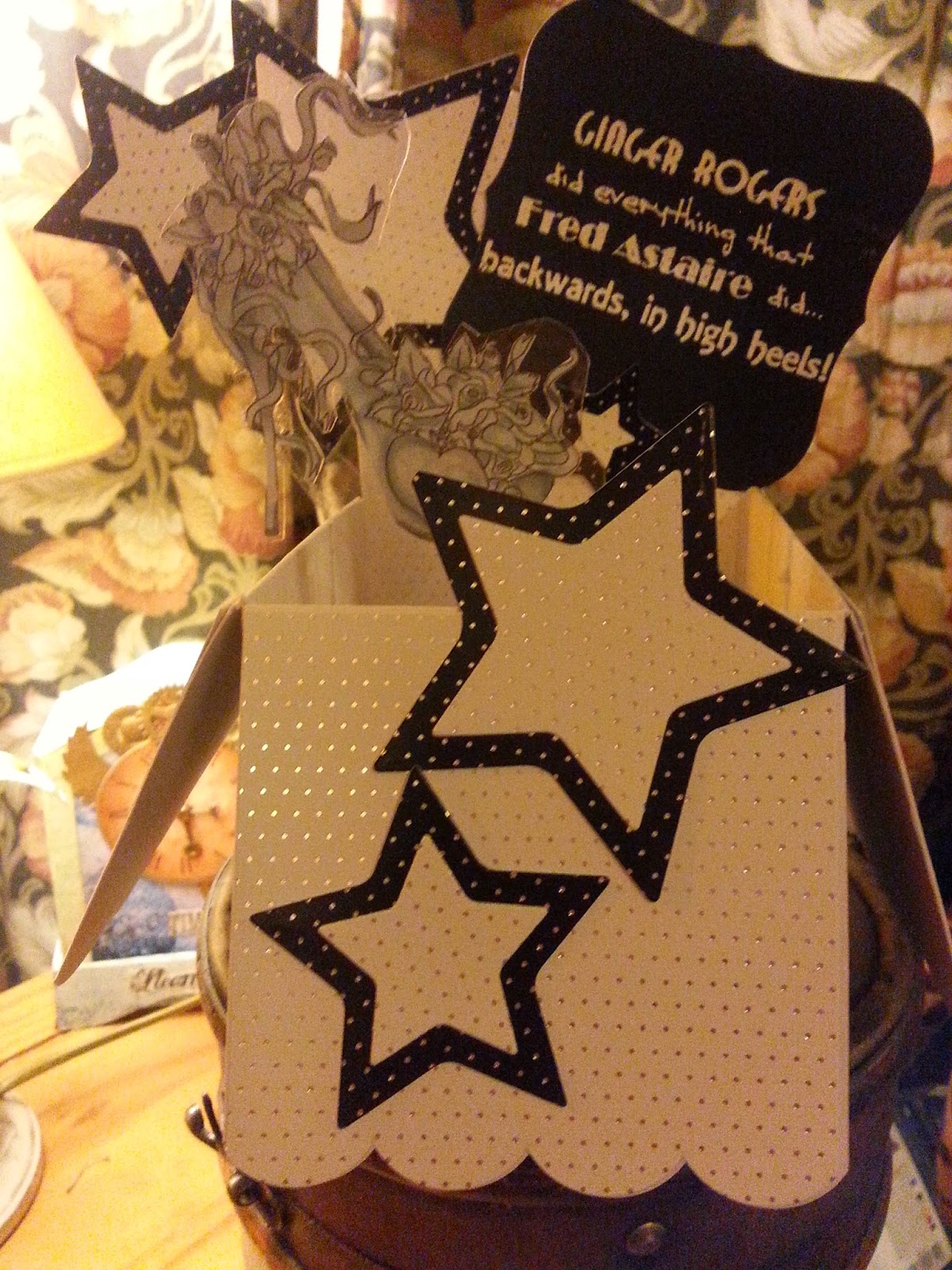 These folding box cards are very popular right now.  They are similar to the version that Rob Addams has on his CD's, but Rob's cards are powered by elastic and pop up into place.   This kind doesn't do that but there are lots of examples to follow if you want to make one.
I covered my box in Hunkydory card that I've had around for ages.  I do like black or white with tiny silver poka dots.  And it seemed to be just right for a card about one of the great dancers of the Hollywood heyday. So I hope you like it, too.
Crafty Hugs,
Keren

How beautiful - that box card is stunning. !! I have just started seeing these around but haven't tried making one. Your paper choice is super and I really like the sentiment... how true is that !?!!!
Fantastic creation Keren
Hugs
IKE xxxxxxxxx