I believe I've spoken of Lady Ermintrude before, a plucky gel who goes adventuring with her consort, Major Thomas Felix, in a steampunk sort of way.  Lady E wouldn't dream of being seen without a  hat - a lady just doesn't go about bareheaded - so naturally, she needs to ensure her hats are stored properly when not in use. 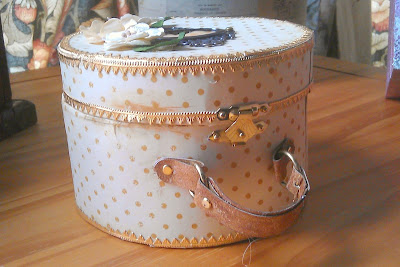 I took my inspiration for the hatbox from Laura Denison, who used a Graphic 45 film canister as the basis for a hatbox.  I didn't have a canister, so I had to make mine from scratch.    I used some cardboard packaging to make the box(the stuff that cereal boxes is made from would be great for this) and raided my stash for the paper and the German Scrap borders, which just finished off the rough edges.   This is Version 2 (after Lessons Were Learned from v1) and V3 is planned - I need a slightly bigger box to fit a mini hat I have!  I was limited in size to the biggest circle die my Vagabond would take (it's a XL Go Kreate circle). I am probably going to use my Cameo for the next version, though - or I could draw round a plate, but I'm not a brilliant cutter-outer! 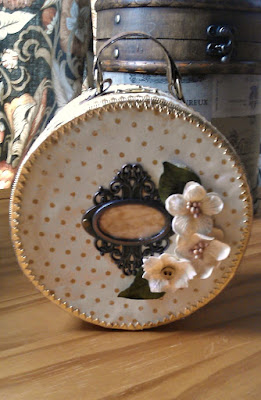 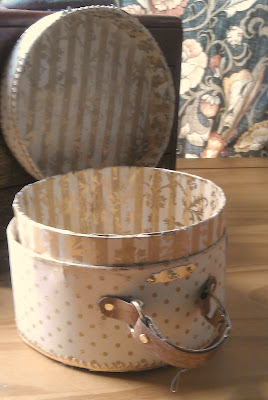 That is absolutely lovely! Great papers and beautifl decorations. jenx