If the shoe fits…

Well, more of a slipper really.

This is based on a “Toe Tapper” template by Coppernob and inspired by an article in a magazine which I saw a few years ago.  I no longer have the magazine (it was probably an issue of Craft Stamper) so I can’t credit the original designer, I’m sorry to say. 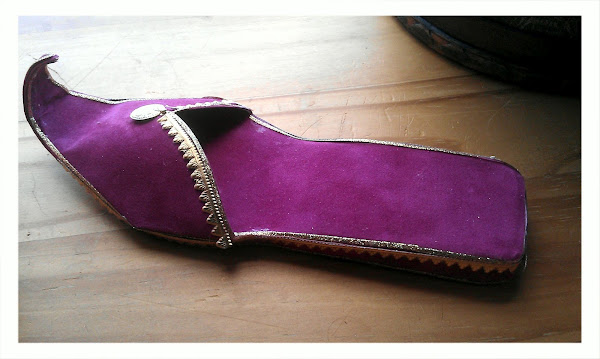 I cut the sole twice, then cut the heel part of the sole out of foam core board twice;  I sandwiched these bits between the sole to build it up a bit: then I cut some strips of tissue paper and glued them round the edge to cover over the gaps.  I had some Artists’ Spackle handy so I used that to smooth over the edges.  I cut  the upper, extended a bit to make the curl. another sole (likewise extended) out of paper and covered it with velvet paper  (me LIIIKE"!)  Some glitter peel-of lines and some German scrap and the job’s a good ‘un.

Filled it with artificial flowers and put a loop for hanging on the back.  It will probably go onto the from of a greeting card for the Mum-in-Law’s birthday. 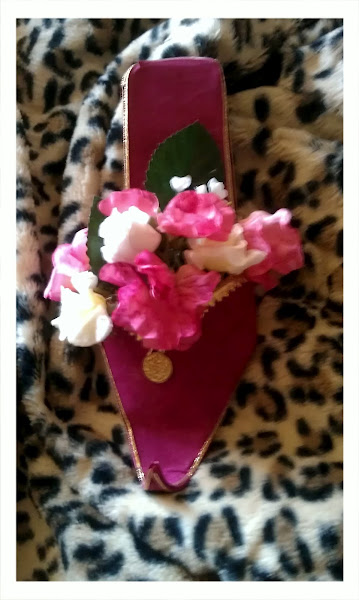